DONATE NOW
You are here: Home / Archives for Lay Leadership

Of Counsel at Sullivan & Cromwell LLP, Erik was a partner in the Firm’s Banking and Project Finance groups from 1989-2015. His practice focuses on transactional banking, commercial law, reorganizations and bankruptcy. Erik currently serves as a Director and Secretary of the Third Street Music School Settlement, founded in 1894 to serve impoverished immigrants of the lower East Side of New York. He was president of Congregation B’nai Israel, Millburn, New Jersey, from 2001-2003. He holds a JD from SUNY Buffalo Law School. Erik and his wife, Lisa Lindauer, reside in Livingston, N.J.

Born to German-Jewish refugees, Peter has devoted himself to furthering the cause of social justice since he retired in 2003 from a successful wholesale framing business. He now refurbishes property, with a workforce of individuals who are in recovery. He has been a board member of Temple Israel Ner Tamid near his home in a suburb of Cleveland, Ohio, for more than 30 years and the social action chair since 2005. Peter leads by example: Among his accomplishments, he organizes his temple’s ongoing food distribution program to homeless people and shelters five nights a week. In 2006 and again in 2015, Peter was honored as his temple’s Man of the Year. In 2010, he was selected as an “Upstander” by Facing History/Facing Ourselves. Also in 2015, he received the Cleveland Jewish News Award for People Who Make a Difference. 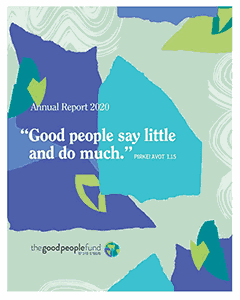