Home / Tzedakah Diary / Burgers on the Barbi on the Border

Though the troops have left Gaza many soldiers remain in place on the border. Tzvika Levy,  the retired lieutenant colonel in charge of a group of chayalim bodedim, lone soldiers. For the past four weeks Tzvika has been a constant presence among his soldiers offering support in any way possible. One of the most popular requests he gets is fleish al ha aish, or quite simply, a barbecue. As you can see there are many satisfied faces as Tzvika’s soldiers gather around him with burgers in hand. A few of these barbecues were made possible because of the generosity of the Good People Fund’s donors.

Judging by the news releases from the past several weeks we would imagine that food for Israel’s soldiers was not in short supply.

SPECIAL NOTE TO EDUCATORS: The Good People Fund recently produced a Grab’n’Go lesson on Tzvika’s work. You can download the lesson at https://www.goodpeoplefund.org/jewish-learning-about-tzedakah/gpf-grab-n-go-lessons/ 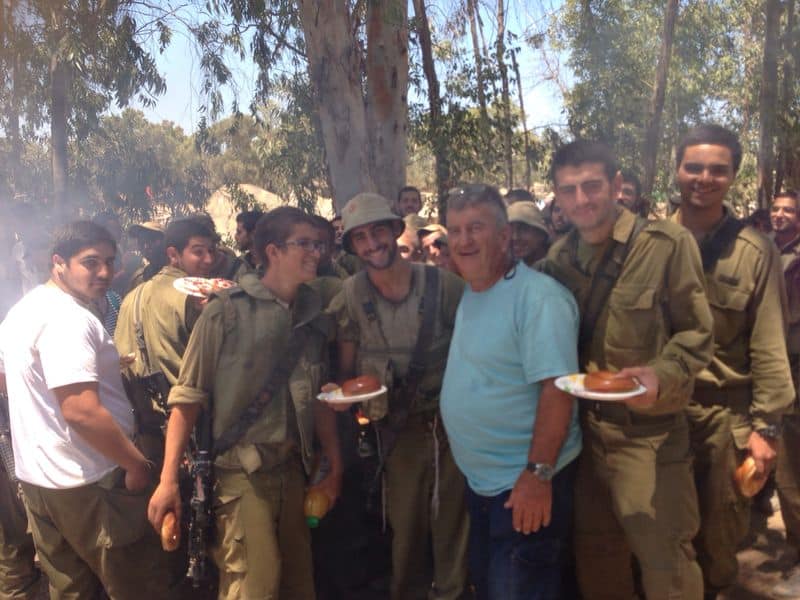