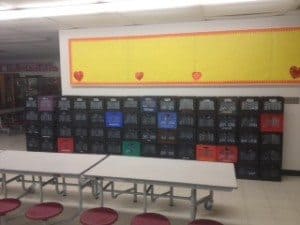 The tiny town of Bud, West Virginia (pop. about 450) might never had made the news if Charleston, the state’s capital had not been impacted by a dangerous chemical spill this past month. For more than a week the region’s water supply was off-limits due to the toxic spill which wreaked havoc on everything from medical facilities to the local economy.

Of lesser note in the media has been the story of Bud, a tiny coal-mining community less than two hours from the capital. Residents in Bud, clearly “hardy folk”, have been without safe water since last September when their local supplier issued a water advisory as the filtration system shut down. Since that time only brown, rusty water has flowed. When Peter Freimark, a Good People Fund board member learned about the problem from an online news report, the situation in Bud resonated with us. Bud  sounds much like the tiny town of McRoberts, Kentucky where we have developed a long-standing relationship over these past three years.

With a few strategic  phone calls we were quickly connected to Virginia Lusk, the principal of the K-8 school who confirmed the problem and acknowledged that some groups from outside the area had heard of the town’s plight and were sending in water. With a bit of bargaining we were able to get the local supermarket to sell us 1000 one-gallon jugs of water which were delivered to the school this past Thursday.

Despite hopes for a quick resolution of the problem, with the water company in the process of being sold and antiquated equipment beyond repair, it will no doubt be some time before anything but rusty water pours from the taps of local homes.