Home / Tzedakah Diary / We Did It…Again! 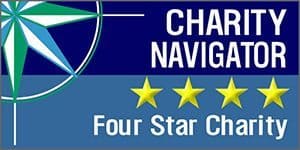 For the second consecutive year, The Good People Fund has been named a Four Star Charity by Charity Navigator,  the country’s largest independent evaluator of nonprofit organizations. As we approach our tenth year of operation it is especially heartening to receive this classification as we have always worked tirelessly to project transparency and operate with fiscal responsibility.

We could not be prouder!