DONATE NOW
You are here: Home / Archives for Naomi 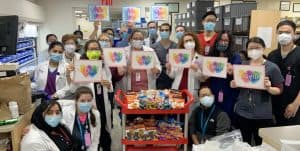 The smiles on the faces of these dedicated hospital workers at  Montefiore Medical Center, Moses Campus, Department of Pharmacy say it all! Who knew that a steady delivery of all kinds of snacks would bring such joy? While doctors and nurses provide the hands-on life-saving needed to help in this crisis, it is the pharmacy department that prepares all the medications needed and races them to the floors. While their sign says “Good People are Great People” we think that they are the Great People! 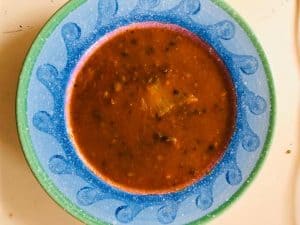 Many of us are probably in the middle of preparing a pot of chicken soup—albeit a much smaller pot than we’ve prepared in years’ past.

As Passover approaches in but a few hours, we thought this beautiful story might bring some cheer as we celebrate a holiday alone and anxious about all that is happening around us. These two pictures were sent to us by Gideon Ben Ami, founder of Pesia’s Kitchen in Israel. Gideon, forever the entrepreneur and imbued with limitless passion for helping others, is intimately familiar with the “routine” hunger that pervades Tel Aviv’s poorest neighborhoods. And so, with no knowledge of the pandemic that was about to break out, took a donated Zim Lines container and turned it into a small kitchen—quite literally a soup kitchen. 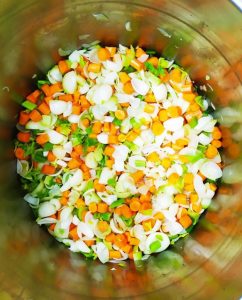 With our help, along with others who understood his idea, in a matter of weeks that bare container was transformed into a clean and bright kitchen complete with commercial grade equipment and volunteer chefs. Since it opened earlier this week, the volunteers have been cranking out gallons and gallons of rich, nutritious soup and distributing it those in South Tel Aviv who now have little or nothing.

From all of us at The Good People Fund, Chag Pesach Sameach and next year, may we all be joined with family and friends once again. 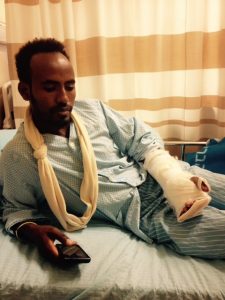 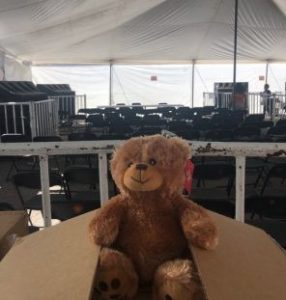 A few weeks ago, before the city of El Paso gained a tragic notoriety never expected, we wrote of Dr. Eva Moyo, a professor of social work at UT-El Paso who could not stand idly by while migrants–men, women and children–poured into the city with nothing more than the clothes on their backs.

As Dr. Moyo learned of items needed, we sent her on a shopping trip. The list was long. In addition to the expected soap, diapers, underwear and toothpaste, were more specific items that spoke to the unique needs of people who may have walked days seeking safety–vitamins,  anti-fungal cream, foot powder,  triple antibiotic cream and more.

Thanks to the generosity of congregants at Temple Israel-Ner Tamid in Mayfield Heights, Ohio, children on the border have benefited from another important item…a cuddly Teddy Bear to calm fears and stop tears. 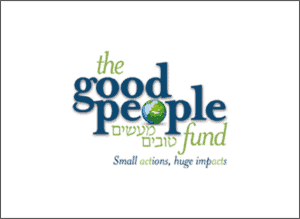 The Good People Fund is proud of its early leadership role in the Jewish community’s growing conversation about respectful workplaces and gender harassment in our communal spaces.  To date, much of our work has been channeled through a single project that has become known as “B’Kavod” (“With Respect”).

While we are gratified that meaningful progress has been made, much work remains to be done.  It is a source of satisfaction that as a result of our efforts, others in growing numbers, have joined in our focus on this important issue.  In light of this progress, we have decided to formally end our participation in the B’Kavod project and reassess how in the future we can most effectively continue to play a constructive and leading role in this ongoing dialogue.

Going forward, we expect to identify new, innovative, efficient, and effective means to continue to play a meaningful role in the Jewish community’s ongoing focus on this important issue.

We will keep you informed as things evolve. 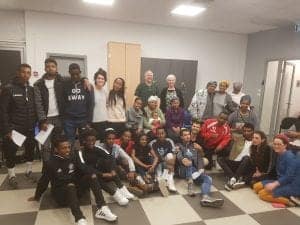 Today, Israel is home to more than 150,000 Ethiopians, with more than half living below the poverty line. In that number are many teenagers who were born in Ethiopia and made aliyah as infants and young children. For most, there is no understanding or recollection of their country of origin.

Dr. Stu Chesner, a noted psychologist who has lived in Israel for many years, understands the unique needs of young people, many of them Ethiopian, who struggle to fit in and began Magen, a new Good People Fund grantee, to provide a holistic approach to academic, emotional and social intelligence.

The Ethiopian kids in this picture arrived in Ethiopia today in search of their roots and to better understand their heritage. It was our honor to underwrite the trip for three of these young people. We can only imagine the insights they will gain from this journey “home” and how those insights will help them mature and become productive adults.