DONATE NOW
You are here: Home / Grantee Focus / Bringing Some Relief to the Border, Amid Tragedy and Calamity 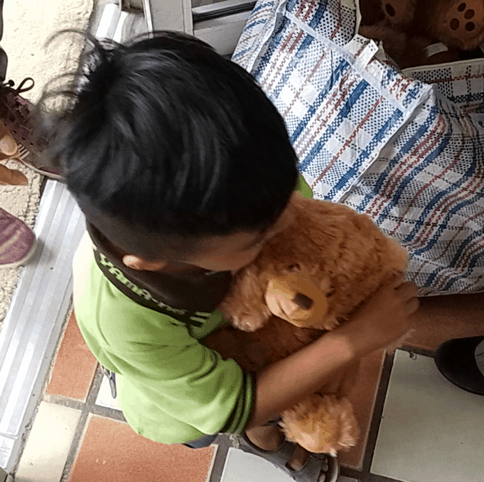 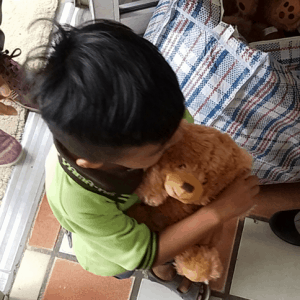 Those words on digital traffic boards along I-10 in this Texas city bordering Mexico couldn’t mask a pervasive sense of sorrow.

The day before, 22 people of Hispanic origin were murdered, and 24 seriously wounded, while shopping in a Walmart. The shooter, a white nationalist racist, traveled over 500 miles and hunted down Hispanic people like prey in the store aisles.

Just over 24 hours later, thousands of Texans held a solemn vigil at a sports field located near the crime scene. They heard speeches of solidarity from leaders, including rabbis, priests, imams and ministers.

Local politicians spoke against hatred and about El Paso’s reputation as among the nation’s safest of cities.

A Hispanic woman identifying herself as only Theresa shouted, “This is our Kristallnacht, this is our Holocaust,” and said her mother was a Crypto Jew from the Dominican Republic. Theresa said she had taught courses in Holocaust education in El Paso’s public schools.

“This is just so painful,” she said. “It closely resembles what I believe happened to the Jewish people during the 1930s.”

A day later, we met another Hispanic woman who knew all too personally the pain of gun crime.

Lupita, a grandmother of three, entered the US at El Paso from Juarez, Mexico. She arrived with the children after her son was gunned down in a Juarez bar. Her daughter was also killed by gunfire in the same city. A third son, who entered the US in El Paso, is being detained in a federal camp in Louisiana pending his asylum application.

The children were separated from her at the border, taken to New York, where they stayed until finally being returned to a small, run-down, largely Hispanic El Paso suburb.

Rabbi Steven Bayar, JSurge Executive Director, and journalist Phil Jacobs met Lupita as well as many others impacted on both sides of the US-Mexico border. Their trip, in cooperation with The Good People Fund, focuses on bearing witness to the struggle migrants face leaving untenable situations in their home nations with the hope of settling in the States.

At a visit to the Familias Triunfadoras community center, Bayar and Jacobs met the facility’s founder and director, Maria Covernali. She was converting an old adobe style post office into a place for computer education training, a play area for children and a family counseling center.

This is where Lupita showed up one recent day, looking for work and a purpose. For $30 a day, Ms. Covernali hired her to help with clean-up chores. Lupita and her recently arrived grandchildren are living in a nearby church for free.

“I had to leave Mexico,” she told JSurge. “I left everything behind, everything I had, including my house. It just wasn’t safe anymore. My son said that we will be okay here.”

But she added that when the immigration officials separated her from her grandchildren, she was heart broken.

On this day, with contributions from The Good People Fund, those same three children, two boys and a girl, received brand new, complete sets of clothing. The children will attend area schools.

Lupita will continue to work at the community center … and await the status of a humanitarian asylum acceptance to the US, which could take months.

For now, though, she said, “It feels good to smile.”