In the insular and rigidly structured Haredi community of Brooklyn’s Borough Park, he spent his boyhood and young adult years. In an intergenerational home, his mother sexually, physically and mentally abused him.

The silence that raged in the community around him – where discussion of such aggressions was neither welcome nor acknowledged – was too much to bear.

So he got loud.

“I decided to live with the consequences and stigma of going public,” he said. “I needed to go out and yell about it.”

That was 2011, when he started writing a blog about his experiences. His boldness and bravery opened a floodgate of testimonials from others suffering in similar silence, and volunteer work in a drop-in center for neighborhood youth revealed more fully his community’s dark underside.

“Sexual abuse, not to mention suicide, teenage pregnancies, drug use … I didn’t know these things were happening, and I couldn’t believe leaders in my community weren’t doing anything about it and weren’t interested,” he said.

It was not a trajectory that Lovy, now 29, asked for. But at a relatively young age, he is an activist and change maker, and as head of ZA’AKAH (Hebrew for “outcry), an advocate for survivors of child sexual abuse in the Orthodox Jewish community.

ZA’AKAH is a grantee of The Good People Fund.

Under his leadership, the organization is active on the micro and macro levels raising awareness of child sexual abuse, creating channels to address it, and breaking the silence.

Legislative activity is a priority. Among the group’s victories were the landmark Child Victims Acts in New York and New Jersey giving survivors of child sexual abuse and victimization a path to justice.

ZA’AKAH was also instrumental in the passage of Erin’s Law, which mandates that public schools in New York State teach K-8 students about sexual abuse and exploitation prevention. The organization is seeking to extend the requirement to private schools, including yeshivas.

Lovy has sought alliances with other organizations active in related spaces.

ZA’AKAH partnered with Unchained at Last – another GPF grantee – as it seeks to ban child marriage at the state and national levels. This summer, Unchained at Last claimed victory in New York as it became the sixth state to outlaw the practice, not uncommon in the Orthodox Jewish community.

Closer to the street, ZA’AKAH is aggressively bringing the scourge of child sexual abuse and victimization into the light. It organizes educational events to inform parents and teachers about how to identify sexual abuse and how to properly handle and report suspicions or disclosures of it.

In 2020, Lovy established a volunteer-based Shabbos and Yom Tov hotline to provide peer support to anyone regardless of denomination, sex, gender, or sexual orientation.

“Problems can worsen on those days when someone may be at home and there is nothing between them and their abuser,” he said. “They will find empathy and understanding with a peer and that conversation gets them through the door.”

Since it was established, the hotline has registered nearly 200 calls, not only from the New York metro area, but from throughout the United States and Israel and the UK as well.

So is all of this work making a dent in the Orthodox Jewish community? The question is difficult to answer, Lovy admits.

“The problem with defining progress in the Orthodox community is that the secular society might not recognize it as such,” he said. “Twenty years ago, you could not talk about sexual abuse. Now, there is more of a push to force the community to acknowledge it and there is an active social network in which people talk about it more openly and there is dissent toward the establishment and the community writ large.

“You can have awareness, but if the conclusion is the same, where does that get us? It’s hard to say.”

That being said, Lovy said his goal is not to change that larger community. Rather, he said, his best efforts are devoted to advocating, educating, and helping individuals, survivor by survivor.

“I just want others to benefit from my experience and what I’ve learned.” 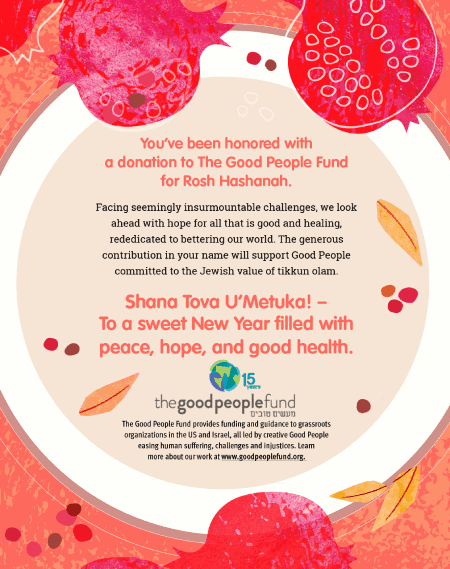